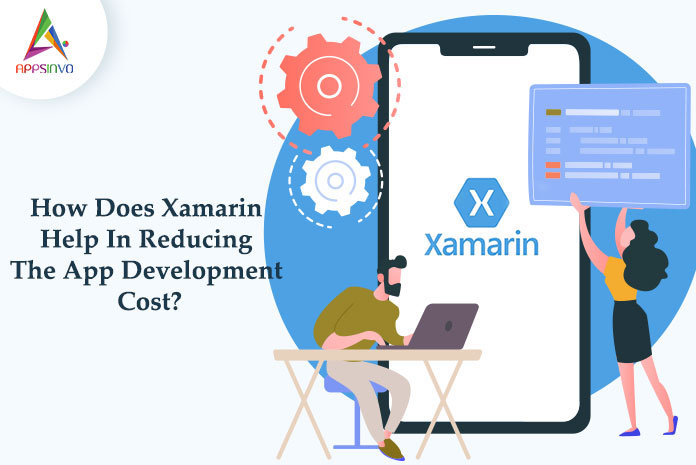 Having a great app idea, using the outstanding technology used for transforming your idea into a reality, awesome usage of UI and UX, regular updates and bug fixing, marketing these are the points that make any app successful. This might look like the fundaments of mobile app development and its progress.

Mobile app development is a method that rotates around various technical processes too in order to come up with a valid solution. The most crucial doctor that goes to technologies used. There are many famous technologies like Ionic, Xamarin, React native, and others for developing apps.

These are the technologies that are highly used by the app developers because of the code reusable features for both platforms – android, iOS while reducing the project’s cost, duration, and time to market.

So without further ado, let us know what are the reasons that make Xamarin an agent that helps in reducing the app development costs.

By providing the access to reuse the code for android and iOS apps, Xamarin helps in diminishing the cost of app development. The platform allows the developers to reuse over 75 percent of the app logic and UI for building Android and iOS app version. Due to the reusable feature, building two different apps using the same code can be done easily resulting in reducing the Xamarin cost for app development.

Consider it an advantage of Xamarin or how does xamarin help in diminishing app development cost, it highly provides tried and true solutions to a huge number of brands and organizations. Because of the extensive existence of xamarin, it is simple to utilize as compared to other acknowledged cross-platform app development technology.

Due to using the single code base in the mobile app development, Xamarin helps in reducing the native app development related complexity too as developers are not needed to manage various codebases, methodologies, toolkits, languages like the native apps. Once the app is live and deployed on the app store, the cost of making alterations, removing bugs, and resolving issues also becomes economic as the software logic is shared.

Xamarin lets app developers bestow visual elements utilizing a UI toolkit to create a simple app interface. The advantage of using xamarin for development is it provides the same feel and look to the app for different platforms using the same codes, however, the app functionality and quality stays the same.

The latest version of the Xamarin aims at the development of out-of-box components resulting in helping developers to spend less time in building and customizing the elements. As Xamarin allows to use of the single code base, more teams and people can easily involve in the same project and see what is happening and if there is any issue arise, the outcome always is the best and easily managed.

Using the right technology in the mobile app development process can save time and cost. With the help of the latest version of the xamarin, developers can be using the same code for the visual elements too. The process of maintaining the app becomes easier, efficient, and effective. If you are developing an app and targeted the audience of both platforms, Xamarin is the right choice for cross-platform app development.

How Much Does it Cost to Develop a Language Learning App