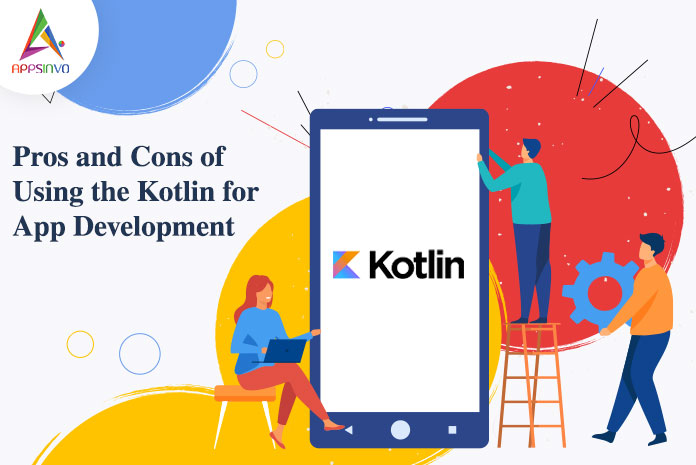 In google I/O 2017, Google announced a new programming language for building the Android app that is Kotlin. After considering its positive sides, many big companies are using Kotlin for their Android app development Uber, Pinterest and Evernote is one of them. If you are also planning to consider the Kotlin for your android app or existing app, you need to be sure it is good and fair enough to use kotlin and take a look at its pros and cons.

Pros and Cons of Kotlin for App Development

After the announcement of the kotlin, it is one of the loved programming languages. Let’s take a look at the pros of the kotlin

Switching your app from Java to Kotlin is become a piece of cake for the experienced mobile app developers because of the Kotlin is 100% Java-interoperable feature. This becomes possible because of the consistency of Kotlin not only with java but also with the other tools and frameworks.

Almost every integrated development environment (IDE) that is available in the market provides support for Kotlin which indirectly helps in improving productivity and reduce the demand for learning new IDE for the developers.

Kotlin is a clean and compact programming language that has the potential to boosts the team efficient to a great level. Kotlin needs few lines to build a code and launch the app as compared to the other languages so the developers need to invest less time.

Like any other things, there is nothing perfect in this world, so as the Kotlin is also not a perfect programming language. So there are some cons of Kotlin, let’s take a look at them

Despite gaining the amazing popularity after Google announced the Kotlin a programming language still there are less number of the developer is in India for the Kotlin as compared to the java.

There are numerous developers out who are switching to Kotlin every day, there are still a limited number of resources available in the market. This is basically needed extra time to figure out and try how to create certain things in an app using the kotlin language.

Kotlin is not Java

Java and Kotlin have a lot of similarities and switching your app from the java to kotlin will take some time for the developers to get familiar with everything how the kotlin works and it also requires the additional expenditures for training the team.

In performing incremental builds, Koltin is much faster than java there is no doubt about it but when it comes to creating a clean build for app development Java is the crystal clear winner.

Kotlin has support from a tech giant Google and it is a clear sign that Kotlin has a bright future. This doesn’t mean you should change your existing technology with Kotlin. If you already have the app, try and take small baby steps. What mean is instead of changing the entire app in kotlin, try new features in the kotlin. This trick will help you to get a better familiarity with the kotlin. So this is all about Kotlin if you have any queries, contact us and feel free to ask.

Zoom Vs Google Meet: Which is the Best Video Conferencing App

Benefits of Having a Telemedicine Mobile App for Your Business