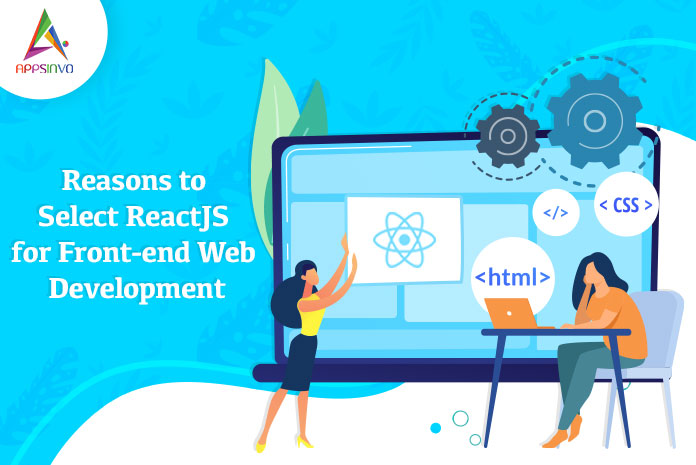 A few years back, when the developers at Facebook just initiated confronting various issues with maintaining the code and particularly with the Facebook ads app. The social media giant, Facebook started hiring more people, but the problem is still the same.

Eventually, Facebook has found a way that improved the user experience which can only be done with the code overhaul. This is the time when ReactJS was born.

With the help of reusable components, the developers can show data without needing to reload the page every time new data is added. A suitable instance of this would be Facebook likes data. Reactjs has accorded the power in the hands of the developers to build a complex modern-day user-interface. Let’s see the benefits of using the reactjs for front-end web development.

The features of Reactjs renders the developers with excellent performance gains as the reactjs can now calculate on the go what changes are required to be made in the DOM. ReactJS withdraws the DOM operations that are expensive and updates the DOM operations efficiently.

Not become SEO friendly is a great challenge that is faced by the frameworks. It is what sets the reactJS library separate for the developers as they are able to get back the virtual DOM provided as a normal webpage. It assists in improving the SEO ranking of the developed websites.

Developers are taking up Reactjs

In a survey, it is found that 3 out of 4 developers said that they are still using reactjs for building front-end web development and will consistently doing so. It clearly shows that in the future you can expect that the library of the ReactJS get a significant boost as more new developers take it up in the future. That survey also shows that you will never ever run out of experienced reactJS developers.

With the help of the reactjs, developers will have the potential to build faster web apps and supports the modern concept of iterative and agile development. While using the reactjs, there is no need to compromise with the look and feel of your MVP when your plan to build your MVP using reactjs.

The versatile library of the reactjs allows the developer to launch their product with the help of minimum resources and allows you to develop a robust single-page app like Facebook. ReactJs allows them to create a wide range of web apps starts from software products to lightweight websites to heavy enterprise-level systems.

The reactjs developers are enjoying terrific support in the form of a developed ecosystem. The ecosystem of Reactjs has grown into a robust with many developers pitching in their ideas and helping Reactjs to grow.

ReactJS enjoys a supportive and vibrant community with the help of technology and social media giant Facebook. It means that you will always get the latest updates and have a talented pool of developers at your disposal if you opt for ReactJS to develop the front-end of the web.

So these are the reasons that entice the developers to use ReactJS every time for developing the front-end web. The community of supportive developers and a host of other advantages are listed above, and it is showing the bright future of ReactJS. If you have any further doubts or queries about using ReactJS for front-end web development for your business, let us know about them in detail we’ll be happy to discuss them.

How Much Does it Cost to Develop a Web App?