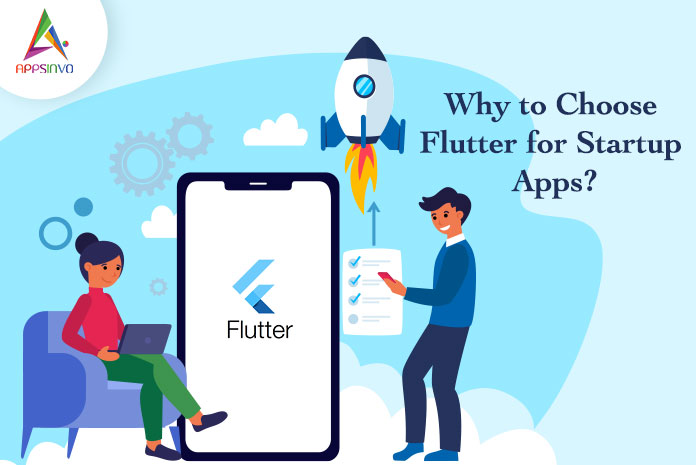 Are you a mobile app development company or an app developer and outlining for a startup app? Currently, flutter is an evolving framework in the IT domain that is bringing a whole new revolution for a fostering business. The platform gives amazing tools and a robust framework to build a dignified startup app.

Flutter is a framework developed by Google and that is based on the dart programming style. This high feature and noble mobile user interface framework enable the developers to develop a single-code-based iOS and android startup app providing it a viable alternative for developers all around the globe.

There are many big companies like Alibaba, Tencent, and many other companies that are already integrated with the flutter solution development projects. Within a small span of time, flutter has gained lots of popularity among the developers and earned more popularity than other powerful cross-platform app development platforms.

It is good to mention that flutter has a great future because of its enthusiastic approach and get support from Google. There are many apps you can use flutter to form. There are many benefits to using the flutter and fix the problems.

Applicable as a Dart

There is a huge majority of developers that have started focusing on producing highly interactive and feature-rich content for the web. Flutter has gained interest from the web and mobile app developers since the launch because of fulfilling the demands and requirements.

The flutter is steadily rising in the market and expanding its presence beyond the mobile apps as well. Flutter apps are compatible with desktops and it also gives you a wide range of tools like iOS, Linux, windows, android, and macOS have been often selected by flutter.

When for the developers it becomes easy to promote a smooth native flutter startup, it enables the software developing tools for simple development. It renders local codes, other party combinations, and apps API that find the lifecycle of growth. The SDK of flutter can be operated on all platforms including iOS and Android.

Flutter operates on the graphic, native binaries and delivering solutions that are based on C & C++, building high-performing cross-platform apps for a startup. The apps developed by using the flutter can attain 12fps and 60 fps on the device that are cooperative and create the potential of your app. When we are talking about a flutter startup app, it will be efficient and have robust advantages over the others.

Flutter can easily establish a way that can deliver a positive user experience by making a close association between the substance composition. It renders a seamless training chance that customers often need from native mobile apps. Using flutter in the solution development, the maintenance of the app can be done in a faster way due to its features which diminish the risk of losses for your company.

So these are the reasons that make the flutter a suitable choice not only for the startups but also for the developers. For those who have just started their business and looking for a perfect solution for their business, flutter is the right choice for you.