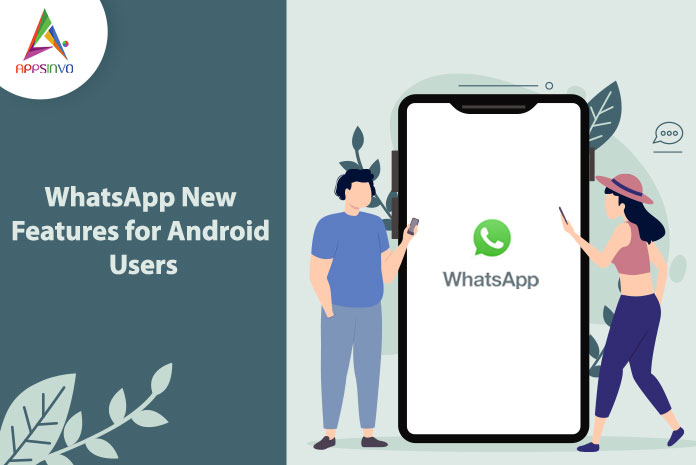 Whatsapp is one of the most popular and used social media apps that allow the users to send messages, images, voice notes, videos, etc free of cost. In fact, users can easily do the group voice and video calls, all the users need is the internet.

With having more than 2 billion users globally, WhatsApp provides smooth functioning because of Facebook, a social media giant platform is at its back. As the days spending, Whatsapp is bringing new updates and versions to make the app more innovative and functional, so users can enjoy using the app.

There are many features WhatsApp already brought in it like add more people in video calls, new emojis, dark mode, fingerprint lock, chat encryption, and many more. This time whats app is trying new and interesting features for its app, let’s see what are those features,

Using this feature into the app allows the users to send the image, video, or gifs, that would be automatically deleted after the recipient saw it. For now, this feature is only for the beta testers but will be available soon for the android users. It seems like the idea of this feature is inspired by the Snapchat, unfortunately, unlike Snapchat, there is no alert for the sender of the screenshot taken.

According to a blog post of WABeta Info that mentions the latest updates of the WhatsApp, as per the latest info, the instant messaging app has finally launched its new Always mute features for the beta users. The name of the features says everything in itself, this feature replaces the time for muting any group chat or particular chat right away.

The maximum time limit for mute the chat is 1 year. This feature is like a blessing for those who easily get annoyed when someone messages them or tired from the chats of the family groups and they cannot block anyone. This feature is not released officially yet but it is available for the beta users.

This is really something interesting because this time WhatsApp has updated its storage user interface design for the beta users. According to the post, this feature is rolled out earlier but due to some glitch this feature rollout slows and many beta users did not receive the feature, but this time, many Android beta users are receiving this feature.

This is another feature for the beta Android users known as the media guidelines. As per the blog, through this feature, the users are allowed to guides to align GIFs, stickers in fact text while putting the WhatsApp stories.

Improvement in Voice and Video Calls

Whatsapp working on hiding the video and voice calls buttons in chats with the business accounts but they are disappeared from the contact info too. These buttons are already available if you tap on the profile icon in the contact and the chat list. The blog notes say that the Whatsapp team does not know about the call icons but they are working on it.

So these are the new features of the Whatsapp that are going to announce in the upcoming days. Which feature you like the most and become a blessing for you please tell us in the comment section and have any suggestions and queries feel free to ask.