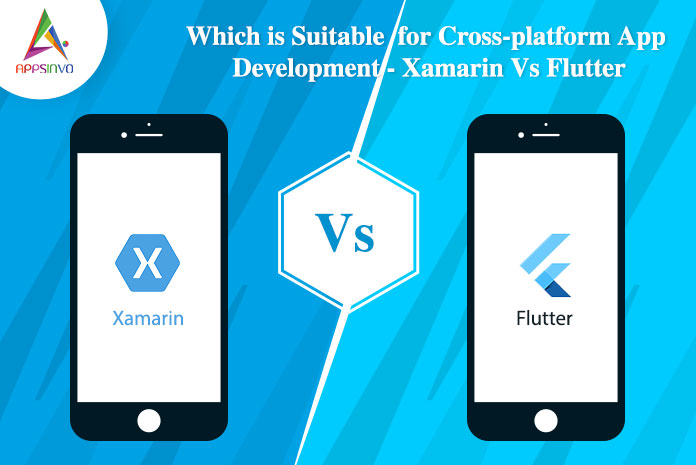 So here is the term Cross-platform came into the light to resolve the confusion. Cross-platform means that the program or solution that is suitable for both platforms and for developing the cross-platform app, developers use two major frameworks- Xamarin & Flutter. Let’s know a little about these

Xamarin was introduced in 2011 as a first-ever cross-platform language. Later in 2016, it was acquired by Microsoft and synced into the .NET platform in 2016. On the other hand, Flutter is introduced by Google and has been widely promoted since it is released in 2017.

Xamarin: Xamarin has been using the C# language to develop cross-platform mobile apps since its launch. C# is widely known and used language in Microsoft for years. Since 2002, C# is used to develop .NET frameworks and it is known because of its cool functionalities like portability, metaprogramming, and functional programming. This framework allows a seamless transition to C# developers to cross-platform app development.

Flutter: Flutter uses the Dart language for its coding. This framework was launched in 2011 by Google and this framework was used by the newbies who are entered into the app development world. Dart is simply a comprehend for a javascript, it has straightforward and outstanding documentation.

Xamarin: This framework uses the mono execution environment for cross-platform app development. When working on iOS, Mono operates with the ObjectiveC runtime and on the Unix Kernel. For Android, it operates alongside the android runtime on Linux. The documentation rendered by Microsoft is a description of iOS and Android architecture used with Xamarin

Flutter: This framework uses the Dart system with some of the default components. Dart has various frameworks like material design and Cupertino that render necessary technologies requires to develop mobile apps.

Xamarin: This framework uses the visual studio IDE. However, there are barely any resources that are available to install Xamarin without using visual studio.

Flutter: This framework can be installed easily by downloading the binary for a particular platform. The flutter installation ways can be improved by supporting package managers.

Xamarin: This framework community has more user interaction, discuss issues and prospects. It is an ancient cross-platform mobile app development framework and a socially active system.

Flutter: This is a recent innovation as compared to the Xamarin still it gained more attention with the help of Google promotions. This framework is growing at a constant speed, conferences and meetups are taking place.

Xamarin: This framework propels with every kind of testing with visual studios like unit tests and UI tests. This framework even has its cloud test ecosystem to run tests. Xamarin has committed support for UI testing. Xamarin apps can be tested with a third-party system.

Flutter: It renders the users a rich set of testing functionalities to test app at the widget, unit, or even integration level. It has a notable widget testing features where the users can run the widget test and run them at a unit test speed.

Xamarin: It delivers support for various platforms but the size of the binary is small. When xamarin apps are wrapped up for the deploy, the app size becomes a bit bigger.

Both frameworks of the cross-platform app development, flutter, and xamarin are equally helpful and the best alternatives to work. Both the frameworks have their pros and cons, so figure out your needs and select one of them. This article will propel you to find out which one will be suitable for your app.

How are Mobile App Solutions helping to fight Pandemic?

Why you should invest in a mobile app for your travel...