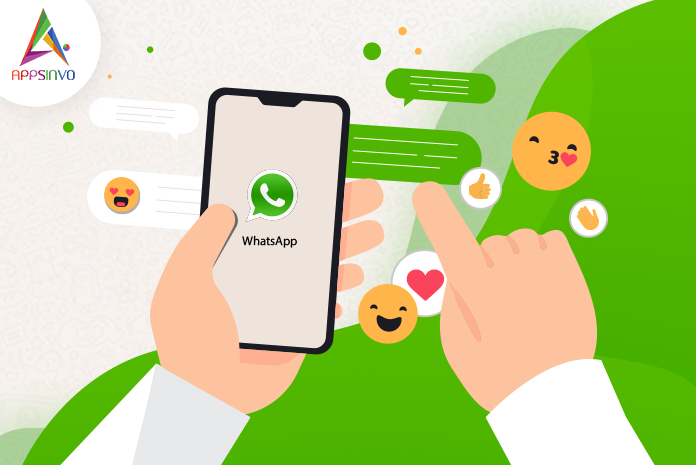 How would you feel when your WhatsApp message self-destruct after some time?

What if I tell you that it’ll depend on the time you opt for the message to destruct itself. Let’s start from the beginning,

In the past few weeks, Whatsapp has rolled out new features for Android and iOS apps.

The instant messaging app is slated to introduce even more exciting features like dark mode.

Now, Whatsapp has been working on the self-destructing messages feature.

In a recent WhatsApp beta update, we got to see more development on WhatsApp’s self-destructing messages feature.

That was earlier known as ‘Disappearing messages’ will now be called ‘Delete messages’ according to the latest update.

WhatsApp already has a ‘Delete for Everyone’ feature but the new one will work differently.

WhatsApp hasn’t announced when or if it will roll out self-destructing messages but here’s how the feature works.

WhatsApp’s Delete messages feature will have a toggle on/off button for one-to-one and group chats.

Turning this feature on will delete every message sent to that chat within the chosen time interval. 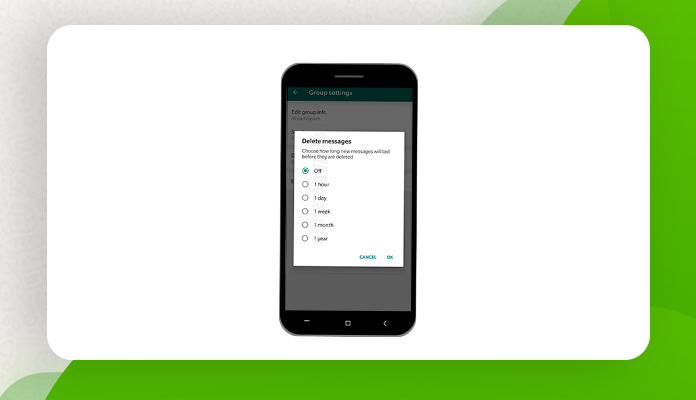 For example, if 1 hour is selected then messages sent to that chat will disappear after 1 hour.

Unlike Delete for Everyone on WhatsApp, this feature will not leave a trace of messages deleted on the chat.

At present, if users delete messages it displays a message which says “This message has been deleted”.

With the new feature, it will be like the message never existed in the first place.

Do note that until the feature is turned off, messages will get deleted as enabled before.

Self-destructing messages aren’t something new and have existed in other messaging apps like Telegram and Signal.

WhatsApp is in fact pretty late in introducing this feature.

The Facebook-owned company is yet to introduce dark mode too which is already available on most popular apps.

WhatsApp dark mode is said to be almost ready with only minor tweaks remaining.

“Delete for Everyone” Vs “Delete Message”

Unlike the ‘Delete for Everyone’ feature that already exists in the popular messaging app.

the ‘Delete Message’ feature or the disappearing messages feature will automatically delete.

In the case of the former ‘Delete for Everyone’ feature, once the user deletes messages manually, the app displays, “This message has been deleted” on the chat screen.

Coming to the dark mode feature, WhatsApp may soon roll out the ‘Dark Mode’ feature on phones starting with iOS 13 users, as reports suggest.

WhatsApp however, has not officially confirmed as to when the feature will be live.